Gratitude for Writing, An Update

Despite time spent healing from a tragic event a month ago, I am writing. As I mentioned last week, it’s my therapy. As I’ve also mentioned, I canceled my ninth NaNo, both because I didn’t want the pressure and because, in truth, I no longer need the nudge.

NaNoWriMo is a fantastic starting point for writers. It’s great for motivation and support, but I no longer need the aid. The last time I failed to write below 100K (let alone 50K) during NaNo was in 2016 (89K) and that was because I was extremely sick. 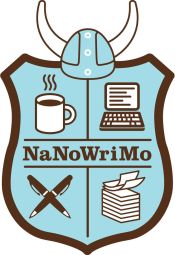 I’ll continue to advocate and offer advice, but I’ve ended my streak at eight. In truth, the streak was the only reason I’ve participated this long.

I’m thankful to NaNo, so it’s appropriate that I’ll publish this post on Thanksgiving Day. I’m also thankful to all who’ve helped me through this  difficult time. In addition, I’m thankful to my readers, to those writers who’ve supported me over the years, and to writing in general.

Writing is therapy, of course, but it’s also given me a fantasy world that sometimes is more real than the one I live in. It’s given me an outlet for my creativity. It’s given me purpose.

As November dawned, I was struggling to write any words at all. Over time, though, more words flowed as I better learned to cope.

Layover in Dalewater. Two young women who are strangers are stranded at the Dalewater airship tower on Beneva Eve because of a snowstorm. One of them has just suffered a painful rejection at the hands of her parents while simultaneously struggling with her sexuality. It’s always fun to write opposites who attract, and who have to grow to connect with the other.

The View from Her Mind. A young woman attending the university in Arthune returns to her small coastal home for the first time in two years. Reunited with old friends, she discovers they’ve almost become strangers to her. Soon after, a tragedy leaves her traumatized, her blocked memories the key to understanding the mystery of what happened.

Sorting Records. A successful biographer is invited to write about a company’s founder and finds an unwelcome surprise in their archived records. He also discovers the unusual woman who maintains those records, a woman who has him questioning the solitary life he’s been leading. The woman, Eekka, was a challenge to write because she has a distinctive manner of speaking. It also adds so much to the story.

If you noted the influence recent events in my life have played on my stories, you’d be right. That’s writing therapy.

A widowed woman flees Graythor in the middle of the night to protect her twelve year-old daughter. The two of them pursued, she turns down a narrow road near Wishful Pass in a snowstorm and crashes her vehicle. At its heart, Mount Tempest is about healing, but also about giving up secrets to do so. Sometimes what you need isn’t where you thought it’d be.

I’m noticing that, no matter my emotional state, I’m always a writer, always conscious of the skills needed to create a proper story. It’s ingrained in me now and also surfaces when I’m a reader.

It’s a measure of how far I’ve come. I’m grateful for that, too.

Alive and well in the Rocky Mountains. I'm a fantasy writer who also dabbles in poetry, short stories, and map making. My Ontyre tales are an alternative fantasy experience, the stories rich in mystery, adventure, and romance. Alternative fantasy? Not quite steampunk. Not quite gothic. In truth, the real magic is in those who discover what's within.
View all posts by Christina Anne Hawthorne →
This entry was posted in Main Blog and tagged #amwriting, #amwritingfantasy, #WorldOfOntyre, #WritingCommunity, Christina Anne Hawthorne, gratitude, novella, Ontyre Passages, Short Stories, thankfulness, Thanksgiving, writers, writing. Bookmark the permalink.