This is my short worldbuilding series examining my approaches to naming aspects of my fantasy world. This, the third post, addresses creatures and peoples and is where I often indulge childhood fixations.

This post, in-particular, often required time spent recalling my original motivations. In some cases, considerable time has passed since working on the original worldbuilding, especially for Carrdia. Like everything I do, naming comes down to loose rules allowing for flexibility. Often, there’s just enough standardization to my approach to sit as consistency in the reader.

In the beginning, my focus was on the region surrounding Carrdia, Pannulus not yet existing. In general, naming was a combination of mythical (literal or reinvented), ice age survivors, and evolved prehistoric creatures.

Thus, there are unicorns, woolly mammoths, and woolly pterosaurs. All represent me indulging childhood fascinations. Likewise, there are elusive gryphons and unicorns.

I reimagined gargoyles, building an industry around them where they play a big role in protecting Carrdia homes (yes, they perch on roofs). Too, I brought back sabertooth cats, but they’re called cirque cats (I love the word cirque because I love geology). They’ve evolved to become more like oversized lynx’s with saber teeth. The lone prehistoric creature in Carrdia’s Kovenlore Chronicles are plesiosaurs (think Nessie). I call them serpents and they live in huge Lake Reflection.

Inventing creatures is tricky. Easily they become silly. Simple works best when creating and naming. Grips kill with touch. Hydra spiders (too many legs and tentacles for eyes) came from my nightmares. Residuals are mindless killers that residual magic twisted.

My naming approach in Pannulus, an archipelago off Tremjara’s east coast, was the same, but adapted for the region. Pannulus gargoyles are more rare, live in the mountains, and are woolly, except for their wings. It’s me taking a mythical creature and evolving it. I did it with woolly pterosaurs, too, but they evolved from the ice age.

My major Pannulus invention? Rylls. Normally shy, tree-dwelling creatures, five serve as familiars for Zephtasha. So, what are they? Think bear cubs with beaver teeth and a monkey’s nimbleness in trees. If raised up on their hind legs they’re about eighteen inches tall.

Naming the Peoples of Tremjara

As on Earth, humans have spread like weeds. Still, there are a large number of other peoples and I approached naming them as I did creatures. Of course, there were no prehistoric people.

A few examples. I adapted demons. They’re based on male/female succubi. Yettles are derived from yeti and live in the frozen lands (myth). Neanders are evolved, and taller, neanderthals living in the mountains (ice age).

There were elves, but they died out (the subject of my short story, Gryphon Gray). Related to them are the ora’ean (“harmony eternal” in Old Elf) and cruel banites (ban + -ite).

A refuge for those fleeing the Old Empire, Pannulus is inhabited entirely by humans, as far as the humans know. I did that because my focus was more on the society.

This is where I started from a base that was somewhat traditional, meaning wizards and witches. On the surface, they’re somewhat similar to what readers have seen before, but there are countless minor differences. Sorcerers are basically evil wizards, though the line between can blur. 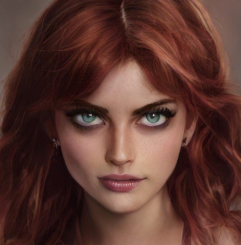 The big naming invention in Carrdia was partials. They’re specialists, those with gifts sometimes more powerful than what a witch or wizard possesses. That gift is also limited (partial) in scope. Again, me keeping it simple.

The five are healers, seekers, seers, sirens, and sylvans (yes, lots of “s” names). The terms are mostly straightforward. Healers heal fauna, sylvans flora. Siren’s have gifted voices. Seekers can detect evil at a distance and read character via touch. Seers, upon contact, can see through another’s eyes for 3-7 days, depending on ability.

Oh how I’m vastly oversimplifying all this!

When I switched to Pannulus, partials became zycons and I added two more given the islands sit on a mysquanmic concentration (think magical hot spot). A wane can repel magic. The second, and most rare, is the lumen, who can manipulate light, dark, and shadow.

All simple on the surface. In fact, in every case, except maybe seekers, the name suggests the gift. It’s all part of my magical realism philosophy where I most often opt for names that make it easier on the reader. Dig deeper, though, and they’ll discover gifts specific to certain races, and that each zycon ability possesses smaller, lesser known abilities.

In the end, what’s critical is character and plot. I want names that suit and flavor the world in the way I envision, but not so much so that they detract from story. The reader comes before my naming ego. It’s a bit different when it comes to naming locations, but that’s next week.

Alive and well in the Rocky Mountains. I'm a fantasy writer who also dabbles in poetry, short stories, and map making. My Ontyre tales are an alternative fantasy experience, the stories rich in mystery, adventure, and romance. Alternative fantasy? Not quite steampunk. Not quite gothic. In truth, the real magic is in those who discover what's within.
View all posts by Christina Anne Hawthorne →
This entry was posted in Main Blog and tagged #amwriting, #amwritingfantasy, #WorldOfOntyre, #writerproblems, #WritingCommunity, Christina Anne Hawthorne, names, naming, Ontyre Passages, worldbuilding, writer problems, writers, writetip, writing, writing process, writing tip. Bookmark the permalink.