Given how I used to write, it’s strange to blog about the dangers and weaknesses associated with flashbacks. Back in the day, I was more than happy to spread them around willy-nilly. In the years that followed, I learned the dangers, like how they slow pacing. Too, that same information, if sprinkled in, adds mystery. 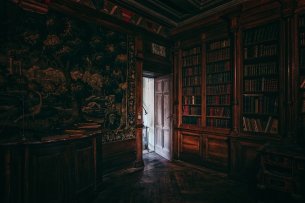 Like with any learning, my brain changed until reader brain and writer brain consume stories side by side.

*Let me stress that I don’t teach writing. Instead, I share my preferences and practices. Use what you’d like. Discard what you’d like. Some choices are subjective, though always the burden is on the writer to do what they do well.

For instance, I typically don’t like dual (past/present) timelines. Too often they’re used to cover-up two weak plots. Yet, I just finished reading a book that employed a dual timeline with exceptional skill. It was one of the best books I’ve read this year.

On the other hand…

I still come across epic length flashbacks (backstory) that open novels, yet convey little. Doing so delays the true tale and often includes characters the reader never seen again. It’s like asking a coworker about their vacation and they go on at length about events long before the trip.

In other instances, I’ve run into mega flashbacks scattered throughout the novel. They’re pace killers. Sometimes they’re meant to deepen a character, but that could be done in the context of the present. Instead, show in the present how the past manifested in the character.

Frequent flashbacks are like listening to someone tell you a story where they keep digressing. I know, because I’m one of those people. It’s probably why I had to break the tendency in my writing.

*It also means taking far too long to edit these blog posts.

I get it. Inserting backstory here and there isn’t easy. It’s freaking hard. It requires patience (or added editing). It requires finding just the right places to share for maximum impact. Oh, but it’s so rewarding.

So, have I sworn-off using flashbacks? Mostly. There’s only one in my seven-book Kovenlore series, for instance. I’m currently editing Protecting the Pneuma Key. There are no flashbacks, but there are references to the past. Questions are posed and answered, some sooner than later. Here’s the novel’s opening paragraph:

Fleeing out the cottage’s back door, Zephtasha Barcaine plunged into the night, plunged into the cutting snow, the howling wind and torment on her heels. The rylls, they’d give chase. They’d swarm her back and bring her down if she didn’t keep moving.

Five questions. One, the third, is worldbuilding. The other four, are linked to backstory. Some of them have multiple parts to their answer, parts that take much of the book to reveal in full. The answers? They spawn new questions, and on it goes.

Let’s try this again, also from the first chapter:

How much longer could she keep the most vital secret? After what Aerious divulged, she was one step away from discovery. One step away from him coming for her. He’d lock her away so she couldn’t escape again and the sadistic abuse would resume.

What’s important about flashbacks, to paraphrase Jurassic Park, is that it isn’t a matter of whether we can, but whether we should. If we do, we need to wield the flashback with care and skill. We must make it multitask. Because they slow the story, they must do more than just provide information (if they even do that). Yes, writing is hard, that’s why most people don’t do it (even if they say they could if they wanted to).

Alive and well in the Rocky Mountains. I'm a fantasy writer who also dabbles in poetry, short stories, and map making. My Ontyre tales are an alternative fantasy experience, the stories rich in mystery, adventure, and romance. Alternative fantasy? Not quite steampunk. Not quite gothic. In truth, the real magic is in those who discover what's within.
View all posts by Christina Anne Hawthorne →
This entry was posted in Main Blog and tagged #amwriting, #amwritingfantasy, #WorldOfOntyre, #WritingCommunity, backstory, Christina Anne Hawthorne, flashbacks, info dumps, mystery, Ontyre Passages, story questions, writer problems, writers, writetip, writing. Bookmark the permalink.