I don’t always set out to write themes into my work, they more often come to life on their own. When they do, I subtly enhance them later. Female friendship is a theme that entered my fiction on its own and has grown from there.

Over the years I’ve come to appreciate how well the fantasy genre lends itself to examining themes, female friendship among them. Well, that’s true in Ontyre fiction and I believe it’s increasingly true in general.

Female friendship surfaced of its own accord in the second half of Riparia’s Bk1 set in Carrdia. Recognizing it, I further explored it in short stories. The following year, in Bk2, it unintentionally become a major theme. Last year, the theme went through the same evolution in my Pannulus novels. 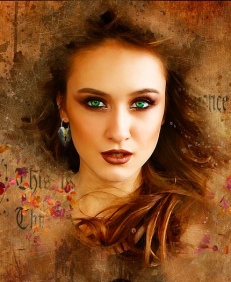 In Bk1, my protagonist, Riparia Dellbane, strove to avoid relationships with everyone (outside of her horse, Doppla). Life was spent alone on the road, often under harsh conditions. Several times each year she’d travel a circuit as a courier for the rebel leader, delivering or retrieving messages for him.

In her view, the worst part of the job was when she entered towns and cities. The very people she was trying to help save she had no desire to be around. Of course, stories being stories, it’s during one of those visits when the rebel cause and her life unravel.

Later, while “displaced” to the last location she wants to be, she’s paired with another woman who’s to assist her in learning certain protocols. My focus when planning the novel was on the mystery surrounding the multiple conspiracies in the story. As I went along, though, a friendship developed. In this case, they didn’t initially get along because they were too much alike.

Despite how pleased I was with the result, I had no plans to explore the theme again in Bk2. In fact, my intention was exactly the opposite. In Bk2, I placed Riparia in a group. One of the characters included was there because she and Riparia despised each other. I wanted conflict and what better way to achieve it than with two characters possessing polar opposite personalities and backgrounds. The result was exactly what I wanted. 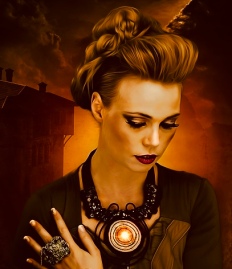 Circumstances, though, intruded on my intentions. Slowly, and despite setbacks along the way, their relationship started changing.

Well, that’d be telling the story. In short, though, it was because they discovered a few tenuous similarities. Over time, and for all their differences and, yes, flaws, they discovered ways to connect. Not that it was all candy and cupcakes for the remainder of the novel. In fact, there are unexpected turns.

Still, given life in Carrdia, they possessed a mutual appreciation for how difficult it was to navigate a society dominated by men, especially manipulative wizards.

Is that all Ontyre fiction is, bashing men? Not at all. I see no reason why one should have anything to do with the other. To suggest that a hatred for men is necessary for female friendship to exist is simplistic writing and insulting to the reader.

In fact, the head of Riparia’s personal guard is a man who possesses a considerable reputation for dispensing justice. On a regular basis he urges his introverted charge to be the leader he knows she can be. 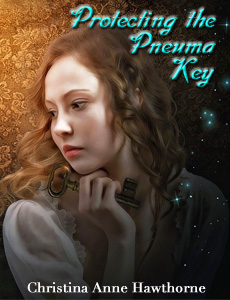 From that theme sprung others in Bk2 between various characters. Themes like mutual respect. Another was people of different backgrounds discovering how much more they could accomplish working together. Yet another was how family doesn’t necessarily mean birth family (found families).

Last year, for Zephtasha’s Protecting the Pneuma Key I took the female friendship theme even farther to encompass a group more than just two women. In truth, it’s more a group that forms around anxious and insecure Zepha. It’s a group of friends waiting for her to find herself first.

Ah yes, finding your true self and accepting it. There’s a theme in all my novels.

Alive and well in the Rocky Mountains. I'm a fantasy writer who also dabbles in poetry, short stories, and map making. My Ontyre tales are an alternative fantasy experience, the stories rich in mystery, adventure, and romance. Alternative fantasy? Not quite steampunk. Not quite gothic. In truth, the real magic is in those who discover what's within.
View all posts by Christina Anne Hawthorne →
This entry was posted in Main Blog and tagged #amediting, #amwriting, #amwritingfantasy, #WorldOfOntyre, alternate world, Christina Anne Hawthorne, creative writing, fantasy, female friendship, fiction, introvert, novel, Ontyre Passages, world building, writers, writing. Bookmark the permalink.