It’s time to talk about writing again. I could talk about the bad news circling the globe week after week, but I won’t. Not this week. After all, I’m a writer. I write. I’m also a writer who most often writes about hope and purpose, so let’s talk about that.

One of the reasons I’ve no desire to focus on the ills of the world is that I’ve suffered/witnessed more than enough of them. This isn’t me hiding, but instead choosing to overcome. Rather than tales of cynicism and pessimism, I write hope and purpose. From that perspective, let’s talk about the book I’m editing at the moment, Torment Surfacing. 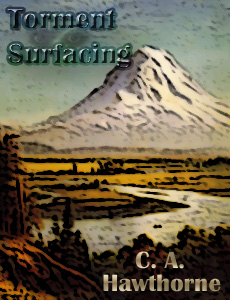 The greatest challenge writing Torment Surfacing was that the heroine, Kasaria, doesn’t have physical form until well into the story. When I sat down to perform the first edit on the novel I saw how my worry had become a massive problem. The reader came away with the belief the protagonist was one character and then—surprise!—it was someone else.

Long story short. I made two major fixes. The first was restructuring the story so her appearance occurs a third of the way into the novel. That was far better than the midpoint.

The bigger fix was giving her a voice from the first page of the story. Via her voice the reader learns about her personality, her hopes, her dreams. Later, on that sunny day when she awakens and takes her first breath and her senses come alive the reader is (I hope) rooting for her.

Kasaria’s hope early in the story is, on the surface, to have physical form, to experience the world she can only observe on a limited basis. Her purpose? It’s more complex. There are hints through the beginning of the book I won’t reveal here. Too, her purpose is often intertwined with someone else. 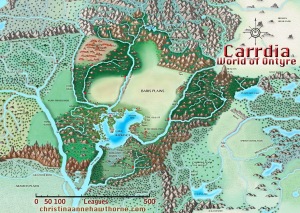 The awakening and gaining physical form change everything, of course. There are all the usual emotions early on that you’d imagine. There are also a number of others that develop that she hadn’t expected. Too, there are complications owing to her earlier existence.

She must first learn to negotiate a world she’d only observed for seventeen years. All this is happening while the threats to her mount. Meanwhile, some of her hopes remain the same while others change as she discovers herself and the world.

Her purpose? It goes through a similar evolution. There are the hints early, of course, when her perspective is narrower. Later, though, as you’d expect, or hope, her perspective expands.

Of course, being a story there are a host of complications along the way. Kasaria encounters betrayal, fear, injustice, and maliciousness. In addition, there are numerous threats stemming from where she’s located. Can she grow enough to overcome the ills of the world? 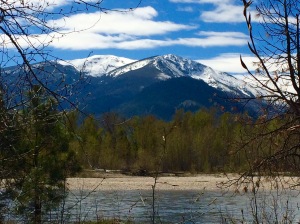 Well now, that’s the story, isn’t it. Okay, most of the story. After all, there are many other characters and a plot that exists from early in the tale that increasingly becomes a race against time.

When I say I write about hope and purpose I mean more than characters simply finding a way to prevail at the end of the story. My focus is on their struggle to grow into a better person. The opportunity to realize their hopes means discovering/accepting the purpose that will take them there. That’s a positive arc, but along the way are the sacrifices, losses, and the possibility of failure.

I have no explanation for why, even on my darkest days, I clung to hope, but I did. Even now, looking back, it’s the glimmers of a better future that have most endured. It was those glimmers of hope that eventually became my purpose, which was to capture it all in story.

Alive and well in the Rocky Mountains. I'm a fantasy writer who also dabbles in poetry, short stories, and map making. My Ontyre tales are an alternative fantasy experience, the stories rich in mystery, adventure, and romance. Alternative fantasy? Not quite steampunk. Not quite gothic. In truth, the real magic is in those who discover what's within.
View all posts by Christina Anne Hawthorne →
This entry was posted in Main Blog and tagged #amwriting, #amwritingfantasy, #WorldOfOntyre, alternate world, arc, Christina Anne Hawthorne, creative writing, creativity, fantasy, fiction, hope, novel, Ontyre Passages, perspective, purpose, writers, writing. Bookmark the permalink.