My site transition continues so my blog posts, for now, are basically updates. Whatever enters my mind I’m going to throw it in and move on.

The website deconstruction is nearly complete. At this point, it’s an empty shell. What remains is the About page and my last post. That’s it. All the posts are gone, as is the media library. It’s all permanently deleted. Today the invoice for the hosting renewal arrived. I’ll inform them I won’t be doing so.

The next step will be upgrading the WP site to premium. That, though, will be just the beginning. In a way, taking down the website is nothing compared to what I’m going to have to do with the new one.

I’ll upgrade the site, but then I’ll have to redesign it. The bigger issue, though, will be that for the last five years the posts on the WP site have all been about going to the website. Now, all those posts don’t go anywhere. They’ll have to be removed.

It’s my hope to eventually reach the point where I’m posting both new poems and new blog posts. I’ll also set up the site to showcase some of my stories and, of course, my maps. After that, I may resurrect some of my old posts if they’re still relevant. For instance, my worldbuilding and mapmaking posts have always been popular. 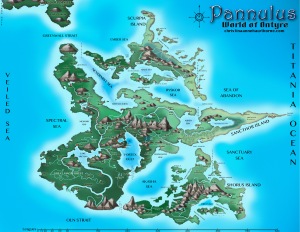 Nothing, as of this moment, is for certain. I’m trying to be a bit casual with this. I can obsess far too easily. Then again, that’s the reason I’m trying to simplify. After six years my WP site operates as well as it did six years ago. The website? Not so much.

Meanwhile, I’m still editing Exhuming Truths and have passed the third plot point. It began as backstory for my own reference and then became a novel that continues to evolve. This is my first serious edit on the story and its depth grows. Too, when I drafted the story I didn’t realize what an important bridge it forms between the first two books in the series and the third.

Believe me, I’m still trying to figure-out how it happened.

Oh, this novel, which is a prequel, also is the launching point for the periphery novel, Torment Surfacing. That’s a lot for one little backstory to do, but it does it.

All of this is easier because I’ve recovered from my Chronic Hypersensitivity Pneumonitis (HP) flair-up. I’m still tapering off on the Prednisone, but otherwise doing well. Prednisone comes with lots of fun side effects like insomnia, shaking hands, and frequent trips to the restroom. It’s a battle to stay hydrated. 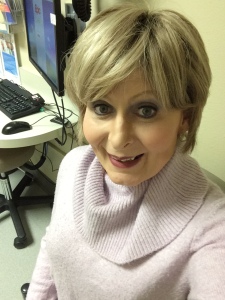 On the upside, I’ve been coughing up lots of the sticky, disgusting mucus that had been lining my lungs.

What’s interesting is that I agreed to see a PA in my doctor’s office. This person fought with me about what was wrong, despite my having suffered with a dangerous disease for a decade. She kept trying to treat me for asthma, which I don’t have.

*Asthma is an obstructive lung disease. HP is a restrictive lung disease. One obstructs passageways and blocks air flow. The other restricts them by coating them with mucus and robbing the lungs of the ability to absorb oxygen. I could go on.

By the time I left I had the needed medications—and was furious. A routine visit turned into me having to explain a disease to someone who was ignorant of what it entailed and refused to listen. Never, ever again. The next time I wait, no matter how sick I am.

And on that happy note (lol), I’m signing off for this week. Have a great week, everyone.

Alive and well in the Rocky Mountains. I'm a fantasy writer who also dabbles in poetry, short stories, and map making. My Ontyre tales are an alternative fantasy experience, the stories rich in mystery, adventure, and romance. Alternative fantasy? Not quite steampunk. Not quite gothic. In truth, the real magic is in those who discover what's within.
View all posts by Christina Anne Hawthorne →
This entry was posted in Main Blog and tagged #amediting, #amwriting, #amwritingfantasy, #WorldOfOntyre, alternate world, Christina Anne Hawthorne, chronic disease, creative writing, fantasy, fiction, HP, Hypersensitivity Pneumonitis, novel, Ontyre Passages, website, world building, writers, writing. Bookmark the permalink.