End of an Era

It’s something of the end of an era for me, but not exactly. Maybe calling it a time of transition would be more appropriate. Regardless, I’m not going to tease you with my meaning. 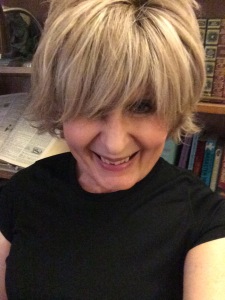 The website will soon be closed, probably by the end of the month. I would have done so a little sooner, but I’ve been battling illness and see the doctor tomorrow to head off bronchitis.

This is a decision I’ve debated for the last two, maybe three years. Opening it in the first place was a decision made on good advice that wasn’t right for me.

The great irony is that the vast majority of you reading this aren’t doing so on the website. In a way, that says it all. Even so, my decision isn’t based on number of viewers, but instead other factors.

First, the site is and has been prohibitively expensive to maintain for someone in my position. All the elements you take for granted elsewhere must be purchased separately. It adds up and it comes around again and again.

Second, and this is, in many ways, the main reason, it’s a time suck. I mean, a time suck as in epic proportions. If you’re well versed in coding and countless other technical tasks it’s probably a breeze. I’m not. I’m a writer. I’m well versed in Scrivener, but after six years the website is a mystery. I have, at times, lost literal days trying to learn tasks. Even when it’d work I still don’t know why.

Third, the technical difficulties with the site are adding up. I could go on and on about what doesn’t work correctly, but I’ll spare you.

All in all, it isn’t fun anymore. It hasn’t been fun for a long time. I’ve had enough.

I first started blogging in 2013 on the WP site, christinahawthorne@wordpress.com that many of you are reading this post on. Yes, I still have it after all this time. In 2014, after moving to Montana, I wanted a .com site of my own. That was when I messed up and had the website created. That was when the endless headaches began.

In the back of my mind I think I knew all along what the inevitable outcome would be because I never closed the WP site.

All this time I’ve been double posting, sending people from WP to the website (which is affiliated with WP). You can’t begin to imagine what a pain that’s been at 6AM in the morning.

The bills come due on the website at the end of this month, but I’m closing the site instead. Meanwhile, I’ll soon upgrade the WP site to WP Premium. It’ll cost me $99/year, but that’s only a fraction of what the website has been. Too, there aren’t extras and everything is automated, though with more flexibility than the free site.

I’ve always wanted easy and I’ll finally have it. I love to design, so long as the tools are simple. After all, I created my maps. I understand visual.

There will be challenges, and it’s possible the WP site will go dark at some point while I’m working. If and when that happens, I’ll let people know. Besides the redesign, there’s the issue that my complete posts are all on the website (and my computer!). I may add an extra day of blogging each week to add the ones I’m most proud of. Maybe the same for some of the poetry.

I understand that, in some respects, I’ll be starting over. That’s okay. I see this as cutting my losses. Too, in a huge irony, Google more recognizes my WP posts than those on my website.

I’ve reached the end of my frustration rope. I’m not even upset about closing the site. Instead, for the first time in a long while, I look forward to moving ahead. I’ve never closed a site before, though I’ve read up on it a bit and have already started the process. As I said, I don’t have to worry about losing any of the content.

Alive and well in the Rocky Mountains. I'm a fantasy writer who also dabbles in poetry, short stories, and map making. My Ontyre tales are an alternative fantasy experience, the stories rich in mystery, adventure, and romance. Alternative fantasy? Not quite steampunk. Not quite gothic. In truth, the real magic is in those who discover what's within.
View all posts by Ontyre Passages →
This entry was posted in Main Blog and tagged #amwriting, Christina Anne Hawthorne, closure, Ontyre Passages, website, writing. Bookmark the permalink.

3 Responses to End of an Era

Vague Meanderings of the Broke and Obscure